Annexe Communities is an independent community run charitable company which operates at its centre in Partick, Glasgow, around the west end of the city and beyond. Activities delivered by staff and volunteers include lunch clubs, music, arts and crafts groups, walking, dance, therapies, and cookery. Many have in recent years been especially aimed at the elderly and isolated. Support to others with poor mental and physical health, carers and their families etc, is also provided and being further developed. The Annexe is a delivery partner in the SPRING Social Prescribing project. It supports user groups to become independent, helps other local organisations, and is developing Participatory Budgeting for local communities. 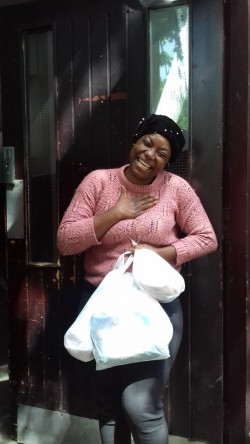 The Annexe centre closed to the public on 19th March and all group activities were suspended. Staff and 23 volunteers immediately began coordinating the PATCH (Partick and Thornwood Community Help) scheme. Food supplies previously used for the café and lunch clubs were expanded in volume, with big donations direct from a local supermarket and elsewhere. Fresh fruit and vegetables and fresh meat were included. Support was aimed at vulnerable and/or elderly residents (aged 32-90) who had no family support, no internet access to order food online, or were self-isolating or shielding.

Beginning with existing Annexe participants, the scheme was rapidly expanded, with over half those served being new referrals from Housing Associations, sheltered housing complexes, mental health charities and elsewhere. The client group was adapted to include much younger people who were living with underlying health conditions. Initially the service was overwhelmed with referrals.

By June 2020 over 100 people were regularly receiving doorstep deliveries of food, cleaning items and toiletries, pet food and wellbeing activity packs such as DVDs, books or magazines. Phone calls and wellbeing check-ins were made twice weekly to all participants. Two volunteers organised game shows based on popular TV shows with older people living in sheltered housing on the telephone – including those who had no internet or smart phone.

The Social Prescriber provided regular online and telephone support to her own group of clients – who tend to be younger and to have internet access, but often experience mild to moderate mental health issues.

Consent was sought from funders to change the role of staff on existing projects. Additional funding for the support scheme was obtained from the National Lottery, Scottish Government and a charitable fund. Some staff involved purely with the centre were furloughed. Links with Housing Associations and other local partners were strengthened, as the Annexe took a lead role in co-ordinating the local response.

The people being supported were surveyed and said they were bored, thoroughly fed up and sometimes anxious. 80% did not have a smart phone or internet access. Staff and volunteers have had to deal with new levels of stressful situations.

The majority had not been outside since the beginning of lockdown. Many reported that they were fearful of coming out their home and going to shops or public spaces once they ended shielding. More recently volunteers have been encouraging those who are vulnerable and hadn’t been over their doorstep, offering to walk with them to the corner shop or pharmacy. They plan to continue this, gradually building confidence. However, there was still a small cohort of clients who appeared fearful and reluctant to leave their homes. A few appeared to be getting worse each week, and in some cases were not interacting at all with volunteers – requesting that food be left at their closed door.

80% did not have a smart phone or internet access.

A phased plan is being developed to get the building ready to reopen and meet the requirements for social distancing and cleaning, and to update policies and procedures. Staff will return at the beginning of August, and the centre should open to the public in September, if permitted. The Annexe is part of a local voluntary sector network in North West Glasgow working to share ideas and devise plans for returning to work.